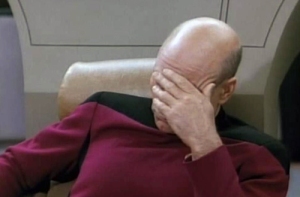 Reading Christian responses to political or social issues can be quite disheartening. Especially when they come from the reformed circles and they respond in an unbiblical manner. When we ask specific questions or try to respond to anything, we must do what we confess. If we call ourselves Christians, we ought to believe the Word of God. Paul tells us that “All Scripture is inspired by God and profitable for teaching, for reproof, for correction, for training in righteousness; so that the man of God may be adequate, equipped for every good work” (2 Tim. 3). The idea portrayed here is that ALL of God’s inerrant and infallible word is what we need for ALL of life. If we believe that the Word of God is for all of life, encompassing every sphere, then we have to take God at His word.

Recently I read an article by Scott Sauls titled “Sexual Chastity: God’s Life-Giving Path For Unmarried Lovers”. The title itself was enticing because it automatically gives a false idea: Unmarried individuals are not lovers, because they are unmarried. I find it hard that a minister, let alone a Christian from within the reformed ranks would consider unmarried couples “lovers”. In our modern context (and in the context of the article i.e. sex) the word lover gives the impression of sexual intimacy.

In the beginning of the article he refers to an era where Christians were trying to impose biblical Law on American society. “In the 1990s we might say that Western evangelicalism tended to fall to the right. For that decade and the few years that followed, the ‘Christian right’ emphasized purifying society through strategic, largely law-based posturing in the culture wars. If enough Christians were in positions of power, the thinking went, society’s laws, norms, and values would eventually become more ‘Christian’” (Sauls, Par 2).  Unfortunately, the way in which he writes this seems to indicate that he relents biblical Law. The one thing that is not mentioned in this article is that any sexual relations outside of marriage are sin.

“Falling to the right risks becoming alienated from culture due to a morality-based, us-against-them approach that emphasizes rules and rights over love” (Sauls, Par 4). It is interesting to see how one can make such a contrast between obeying God and loving your neighbor. He uses the word “rules” as if God’s Law is unfair, unjust, and wrong. I guess this is the creature telling the Creator that His rules are unfit for man (who He created and told to obey Him). What right do you have to make such a contrast that God’s Law is against love? I guess Christ was wrong when He said “If you love Me, you will keep My commandments” (John 14:15). What did Christ command? “And He said to him, ‘You shall love the Lord your God with all your heart, and with all your soul, and with all your mind.’ This is the great and foremost commandment. The second is like it, ‘You shall love your neighbor as yourself.’ On these two commandments depend the whole Law and the Prophets” (Matt. 22).In this entire article he never uses the one word in which the bible describes these actions of unmarried sexual relations: sin.

His first question of common questions that he receives is interesting. Instead of going right to scripture and showing them both that sin, their sinful nature, and what makes them “feel” good are sin, he does the unbiblical approach. Instead of using the bible authoritatively he discusses their view of the role of scripture in sexual relations.

1. “If It Feels Right and Nobody Gets Hurt, What’s the Big Deal?”

The answer to this question—and your willingness to receive it—depends entirely on your belief about the role of Scripture in the bedroom” (Sauls, Par 8).

He continues in this first comment/question with statements on what the bible says concerning married couples (even though he still hasn’t dealt with their sinful fornication).

Next, he makes a very disappointing statement that really wouldn’t be caught unless you take a second look.

This is what I hear most from sexually active, unmarried professing Christians (Sauls, Par 13).

If they are professing Christians actively committing gross sin against God, why isn’t the minister telling them to stop because they are sinning? Maybe I’m jumping the gun but then again, this is where he continues:

When this logic is used, I usually ask the couple why they feel the need to “solidify” a relationship with someone they’re not sure they’ll marry. Will they be glad about having solidifed the relationship with sex if the quasi-union comes to an end? Will they feel good about sharing the details of their current arrangement with a future spouse? Will they feel good about looking “the one” in the eye and telling them how they gave their body and soul to others? (Sauls, Par 14)

So it seems that Sauls is more concerned how their future spouse will feel then how God feels. This is horrible counseling. Why in the world would you ask them to consider their future spouse when they are in open rebellion against God? It seems like Sauls is being more sensitive to the creature rather than the Creator.

He continues on with one more comment/question/rebuttal (I still don’t know what to call these… oh wait, the scripture calls it rebellion/sin/iniquity/transgression/etc.). However, he doesn’t leave you hanging because he gives you a final word from a “rational” argument, not a biblical one. “In going over these two options, I’ll offer a rational reason in addition to the biblical one” (Sauls, Par 18). In addition to what biblical reason? There was not one mention of how gross a transgression any sexual relation is outside of marriage.

This is not pastoral counseling. We have to call sin for what it is: sin. We must obey Christ by keeping his commandments (John 14:15). What were His commandments? Toto Lex.